All three discs of the limited edition available in Hi-Res audio! 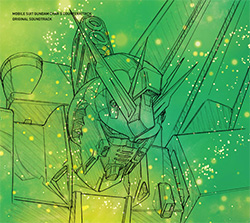 The Complete Collection is a new remastering from the original analog masters including both the original soundtrack and previously-uncollected tracks, alternate takes, and film edits. This release matches the exclusive set of tracks preinstalled on the Char's Counterattack and Gundam Unicorn-themed Hi-Res Audio Walkman models launched in September.

Relive the masterpiece soundtrack 26 years later, in Hi-Res audio.
The 81-track set corresponding to the limited edition release is priced at ¥6,800, while the 25-track standard edition set is only ¥3,200.

The monthly webzine Otona no Sony runs a special feature on the soundtrack in its December issue. It features info on the tracks, as well as a primer on Hi-Res audio. Check it out!