See the Gundam 00 movie with a special greeting from Director Mizushima 1/31 at Shinjuku Picadilly! 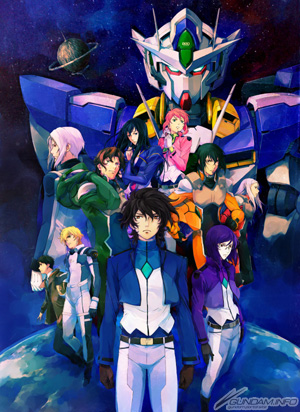 Mobile Suit Gundam 00 -A wakening of the Trailblazer-, which premiered in September 2010, will return for a special showing 9:00 PM January 31st at Shinjuku Picadilly in Tokyo.

-A wakening of the Trailblazer- is the first all-new Gundam movie since Mobile Suit Gundam F91 in 1991.
Set two years after the conclusion of the TV series during a war for humanity's survival against the mysterious alien lifeform ELS, it shows Celestial Being's final battle and draws a true conclusion to their tale.

Now, more than two years after its premiere, it returns to the big screen at Shinjuku Picadilly along with a special message from director Seiji Mizushima.
Tickets are ¥1,500. Advance sales will be conducted on Shinjuku Picadilly's home page at 4 PM on January 18th, with any remaining seats to be sold at the theater box office.