See it up close, ever touch it! Behold its amazing impact!

Odaiba Gundam Project 2011, displaying parts of the 1/1 Gundam, will be held from August 13th to 21st at Symbol Promenade Park in Odaiba.
The Green Tokyo Gundam Project exhibited an 18-meter Gundam statue in the summer of 2009 to mark Mobile Suit Gundam’s 30th anniversary. This display, meant to showcase green, attractive urban renewal, drew 4.15 million visitors to Shiokaze Park.
The following year, it was erected by the RG 1/1 Gundam project to mark the 30th anniversary of Gunpla at the Shizuoka Hobby Fair, held in Shizuoka, the World Capital of Modeling.
Two years later, the Gundam statue returns to Odaiba as a set of parts. Visitors can check it out up close from angles that were impossible before, and even climb on or sit in its right manipulator, to really get a feel for its impressive scale!
Attractions also include refreshment kiosks and a Green Day Zone. Reentry is permitted all day.
The tickets also change design each day! Collect them all!
Admission is ¥500, with children under school age admitted free. A portion of the proceeds will be donated to help victims of the recent earthquake.
This summer, re-encounter Gundam in Odaiba! 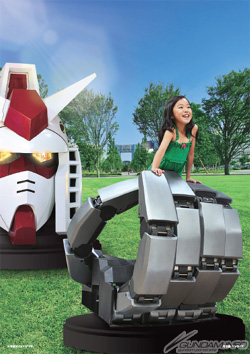 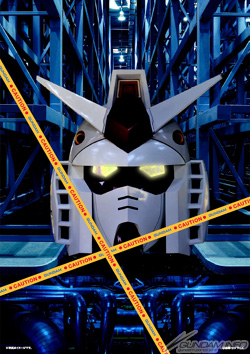 ※ During this period, the 1:1 Gundam will not be on display at its normal location.