See not just the premiere, but the science behind the show! Tickets go on sale 2/7! 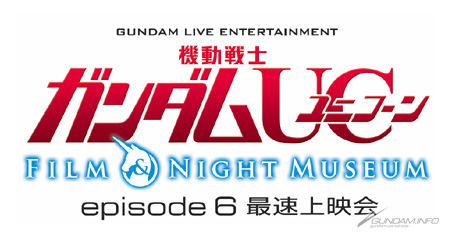 The National Museum of Nature and Science, established in 1877 and one of the oldest museums in Japan, offers a combination of natural history and technological research unique among Japan's national museums.
Its Neo-Renaissance-style campus in Ueno is considered one of Japan's architectural treasures.

During the event, its Japan Gallery Central Hall will be transformed into the "Unicorn Museum" every night. Its lecture hall will feature the world premiere of Two Worlds, Two Tomorrows, a conversation with Harutoshi Fukui, a 1/1000 scale of Laplace towering over four and a half feet (1.4 meters) high, the first Japanese exhibition of the Vist family portrait, and more finely-crafted and finely-detailed artifacts of the world of Gundam UC.

Tickets are ¥4,200, and will go on sale from e+ at 6:00 PM on February 7th..
Enjoy the world and the world premiere of Gundam UC amongst stately Neo-Renaissance architecture!