See the many forms of the Woundwort's enhancement parts! 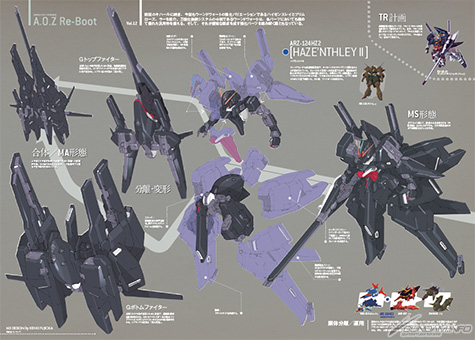 The Mobile Suit Zeta Gundam side story "A.O.Z. Re-Boot: Gundam Inle" continues on Dengeki Hobby Web! The December 2014 issue of Dengeki Hobby, on sale October 25th, follows up last month's introduction of the "Kehaar" with looks at the upgraded Woundwort variants "Hyzenthlay", "Primrose", and "Rah". Get the details on their variable enhancement parts!

As part of the series bringing all of AoZ's suits into 3D, Ryuji Sorayama rebuilds the "Hyzenthlay II", an upgraded Woundwort, as operated by Re-Zeon. Don't miss this amazing build! 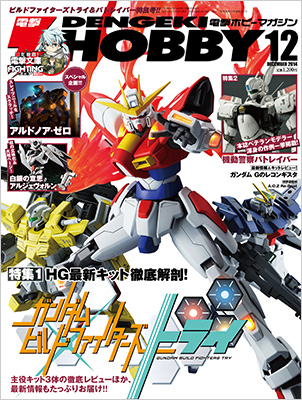 
On Dengeki Hobby Web, you can see a comic by Kenki Fujioka, with a recent 10-strip special going beyond the jokes for a detailed look at the world and mecha of AoZ! Don't miss it!