The emotions which bond Flit, Asemu, and now Kio. Newtype hosts a roundtable with each of their child-era actors! 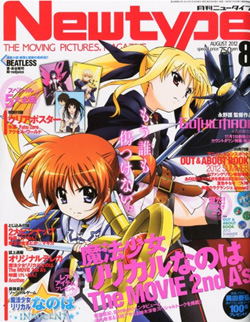 ■ The beginning of a story: Gothicmade
The opening stages finally come into view, with an explanation of key terms.
Our second feature leading up to the November 1st premiere!

■ Go to the Future: Mobile Suit Gundam AGE
The emotions which bond Flit, Asemu, and now Kio. We host a roundtable with each of their child-era actors!