A collaboration with Toyota to bring the Char Custom Auris to market! Zeonic Toyota is established today!

Sign up to be a Zeonic Toyota employee beginning today! 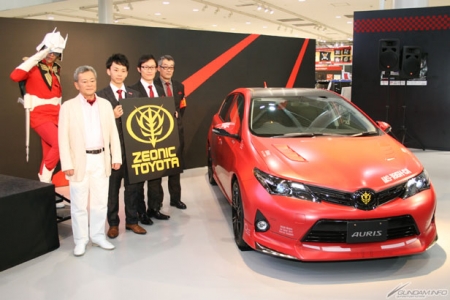 Toyota Marketing Japan, following Toyota Motor Corporation's decision to consider offering the Char Custom Auris as a mass-market product, has embarked on a new project. The "virtual company" Zeonic Toyota, conceived as a joint venture between Zeonic and Toyota, was established January 9th.

This project, targeted at bringing the Char Custom Auris Concept unveiled last August to market, will establish a "Zeonic Toyota" online where users can participate as virtual "employees".
Zeonic Toyota employees can share ideas and insight through the site, which will allow two-way communication and a social impact on future campaigns.

Employees are also eligible for a range of Zeonic Toyota items, including stays at the Hotel Grand Pacific Le Daiba Room-G Special Type and more in a rewards program beginning today. 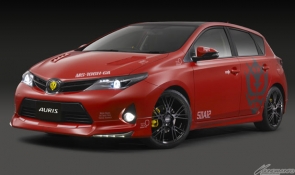 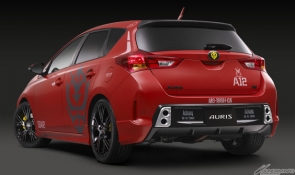 
With an aim towards a 2013 launch, the first step is conducting market feasibility studies on the concept car parts produced by Toyota Modellista.
Sign up, and become a Zeonic Toyota employee!

You can also test-drive an Auris at Netz dealerships nationwide beginning January 12th to receive an exclusive cushion. 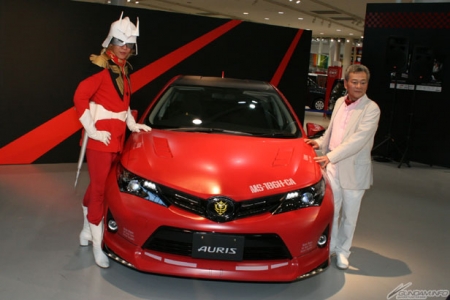