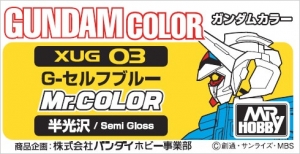 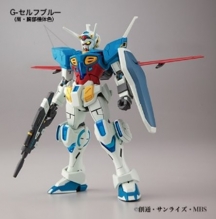 
"G-Self Blue" is mixed to match the unique shade used for Gundam Reconguista in G's Gundam G-Self. It's ideal for use on the HG Gundam G-Self!

The two "Titans Blue" paints recreate the color scheme used by Mobile Suit Zeta Gundam's Titans faction. Use them for the two-tone blue colors of the Titans Gundam Mk-II, GM Quel, and more!