The painted, completed "Cosmo Fleet Special Gundam Reconguista in G Megafauna" model will be released by Megahouse in late July, 2015.
MSRP is ¥4,500 (tax not included). 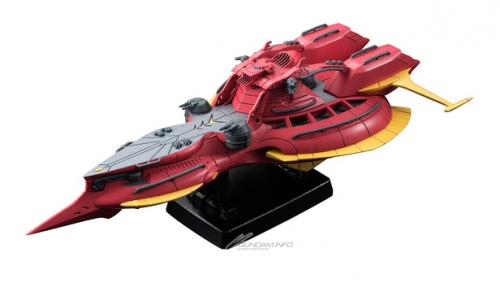 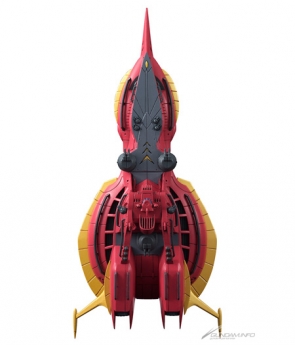 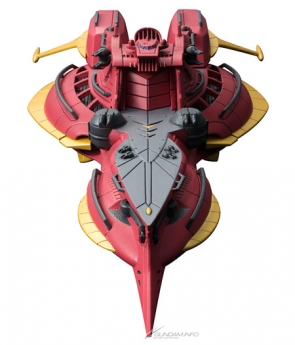 
The model brings Gundam Reconguista in G's Pirate Corps ship Megafauna, base of operations for protagonist Bellri Zenam and company, from the screen to your desktop or display case!
Measuring 170mm from bow to stern, and equipped with three rotating turrets, the model also features the ship's port and starboard anchor cranes. Fore and aft hangar hatches can be opened or closed with parts swaps, and the G-Self and five other mini-mobile suits are included for hangar or deck display.

The first production lot will also include clear fins to recreate its Minovsky flight mode. 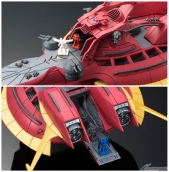 - A parts swap allows fore and aft hatches to be opened or closed! Enjoy even more with mini-MS! 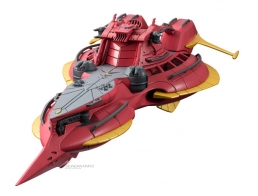 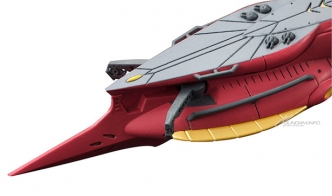 - The bow-mounted anchoring cranes can be extended and retracted!
อนุญาต Cookie เพื่อใช้มายเพจ