Premium Bandai Candy Toy Online Shop orders for the Mobile Suit Gundam Assault Kingdom EX have opened. Orders will ship in April 2013 at a price of ¥1,680. 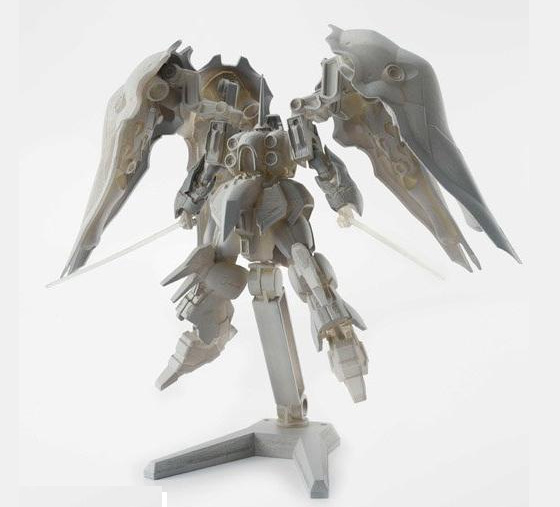 The latest Mobile Suit Gundam Assault Kingdom candy toy, an extra addition to the line, is Mobile Suit Gundam UC's humongous Kshatriya! Standing a huge 90mm high, with binders fully spread it reaches a wingspan of 230mm!
It's fully-mobile, and its movable stand and 8 funnel parts allow you to recreate your favorite scenes from the show.
Also included are fixed arm parts folded for storage and two clear beam sabers compatible with the rest of the Assault Kingdom line.