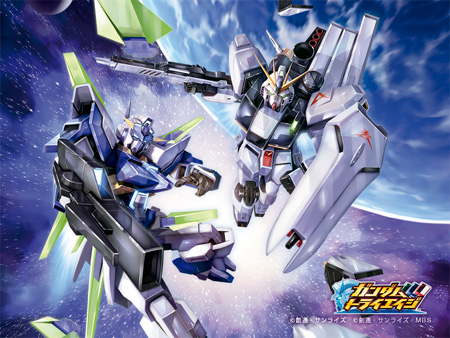 And tying in with the new Funnel hyper ability, we've got the 'Funnels aren't just for show!' promo.

If you check out the official site, you can download a wallpaper of set 6's promo art, or stream the climaxes of Flit, Asemu, and Kio's arcs to tie in with the 'Climax AGE Missions' available this summer vacation

More info is available on the Gundam Try-Age official site.


The digital card game Gundam Try-Age lets you mix and match suits and pilots far outside their original works!
The mobile suit and character cards placed on the panel spring to life on the monitor, ready to attack wherever you move their card in a pitched battle!
Try it out at toy stores, toy departments, arcades, and more!
Each credit is ¥100, and comes with a free card!