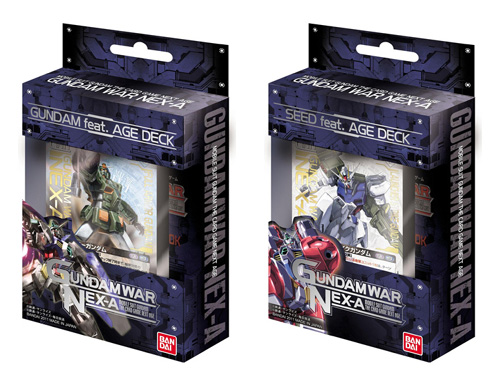 Along with cards, each includes a beginner's guide and sample playthrough.
Try out the next generation of Gundam battles with these prebuilt decks!

Buy two or more decks at once, and you'll also receive a 50-pack of card sleeves through the Start Dash Campaign!
Supplies are limited, so buy now!