Continuing from #10, more prebuilt deck cards! Plus, a chance to get your hands on some Nex-A sleeves! 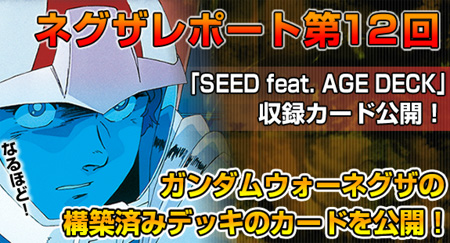 Nex-A Report #12 has been posted to the Gundam War site.


With the card lists for both decks announced, we're also announcing a promo!
Join in and get Gundam War Nex-A card sleeves!