The FW Gundam Converge series, noted for its high-quality miniature 60mm figures, is releasing a set of Char's final MS, the Sazabi, and its fated rival the ν Gundam. Preorders are now being accepted on Premium Bandai's Candy Toy online shop. Orders will ship in August at a price of 1,155 yen. 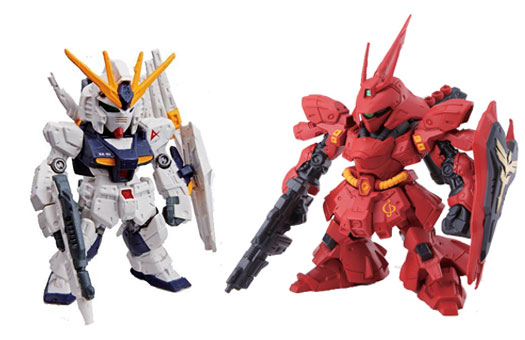 Impressively-solid versions of Amuro and Char's MSes from Mobile Suit Gundam: Char's Counterattack converge on the Gundam Converge line! Sazabi's fine details are preserved, along with its sense of massive scale, while the fully-armed ν Gundam appears in repaint colors.

Only a limited number will be produced, so be sure to get your order in while supplies last!