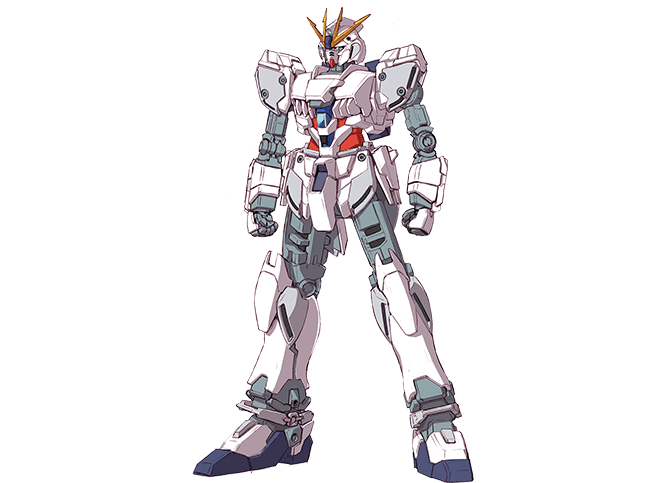 A mobile suit made by Anaheim Electronics and piloted by the main character, Jona Basta. It was developed as a prototype for the RX-93 Nu Gundam, and many portions of its body are made from identical parts. Because it was intended mainly as a testbed for data collection, there are many areas that have not been equipped with armor, leaving the frame structure exposed. Created as a testbed, the base machine is armed only with head vulcans, and during Operation Phoenix Hunt it uses a variety of interchangeable armament provided by Luio & Co. 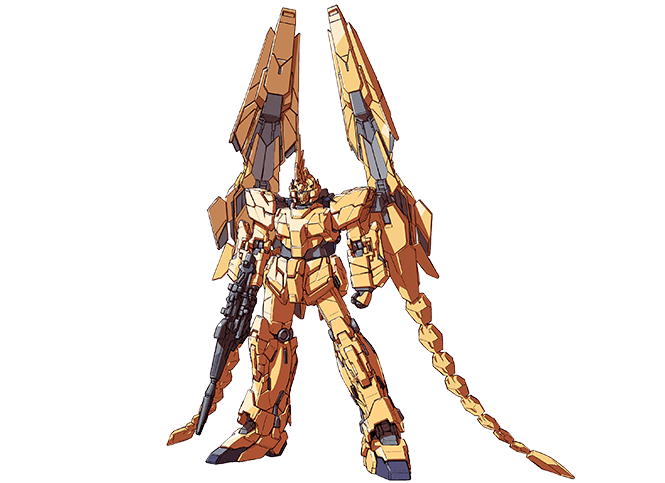 The golden third unit of the Unicorn Gundam, created using construction data from the white first unit and the black second unit, and based on a full psycho-frame that was delivered early for testing purposes. It went missing in U.C. 0095 after an incident in which it ran wild.

Unauthorized reproduction of contents including texts and images are strictly prohibited.