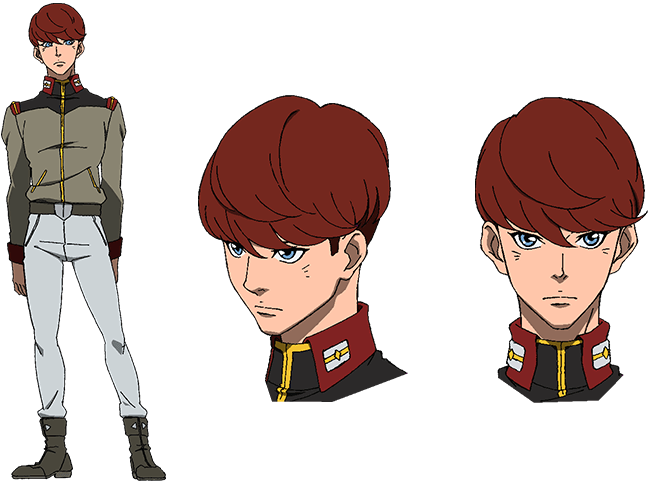 Age 25. An ensign in the Earth Federation Space Force. Jona pilots a Dijeh in an operation related to Martha Vist Carbine, and then becomes the pilot of the Narrative Gundam when it is deployed as a reinforcement for Operation Phoenix Hunt. This operation is being carried out by the Shezarr Team, which was formed to search for the Unicorn Gundam 03 Phenex. The Phenex has been missing since U.C. 0095, after an incident in which it ran wild. Jona was a childhood friend of Michele Luio, who is now a special adviser to Luio & Co., and of Rita Bernal, who went missing while piloting the Phenex. As children, they survived a disaster in Australia caused by a colony drop. 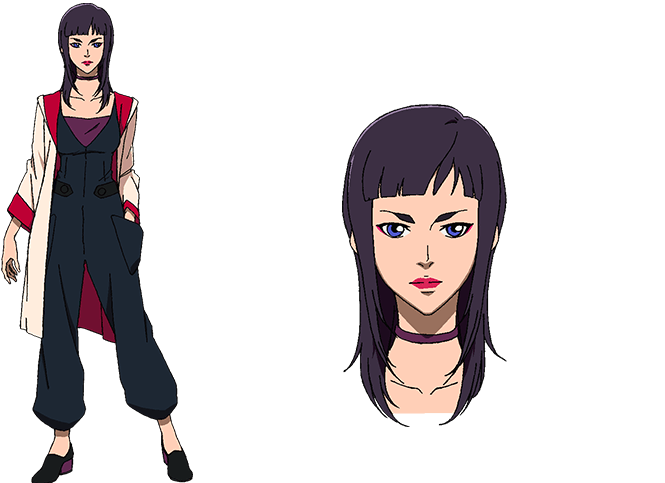 Age 25. A special adviser to Luio & Co., a huge corporation based in New Hong Kong that has established close connections with the Earth Federation government. Michele is the daughter of the company's chairman, Luio Woomin. She is adept at fortune-telling with divination sticks, and is highly regarded in political and business circles. Along with the Narrative Gundam, Michele boards the Clop-class space cruiser Damascus, which has been deployed as part of Operation Phoenix Hunt. She claims that she has received a variety of equipment for the Narrative Gundam, carried aboard the Luio & Co. space transport ship Rosebud, from Anaheim Electronics. 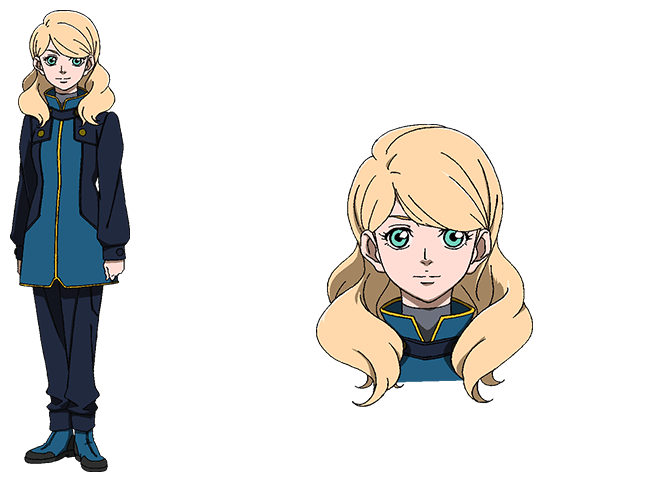 An ensign in the Earth Federation Space Force. She is the pilot of the Unicorn Gundam 03 Phenex, which went missing after an incident in which it ran wild during mobility testing. As a little girl, she was one of the so-called "Miracle Children" who survived a disaster in Australia. Along with Jona and Michele, she was in the second year of primary school when the Principality of Zeon declared a war of independence against the Earth Federation government on January 3, U.C. 0079. 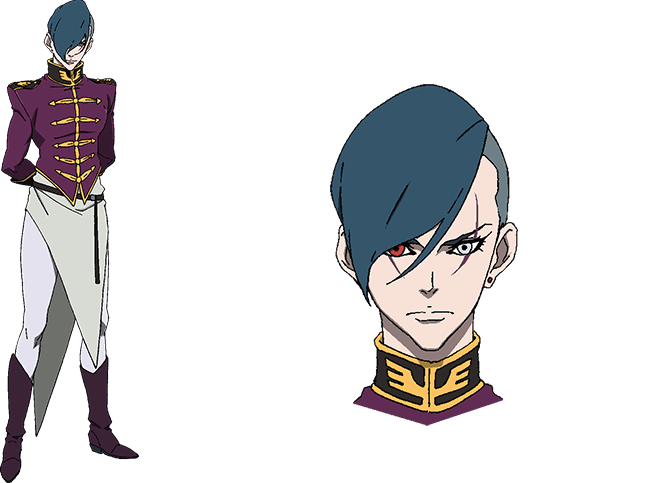 Age 27. A lieutenant in the Republic of Zeon forces who aims to capture the Phenex. He is the pilot of the Sinanju Stein. Like Full Frontal, the leader of the Neo Zeon remnants known as the "Sleeves," Zoltan is a cyber-Newtype created as a reincarnation of Char Aznable.

Unauthorized reproduction of contents including texts and images are strictly prohibited.